You are here: Home / News & Views / Main Street Fairness Act – Not About Main Street & Not Fair 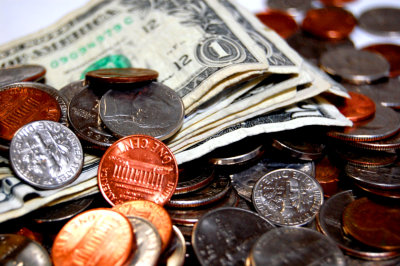 Once again, the Main Street Fairness Act is kicking its way through Congress.  The law will give states the authority to tax internet sales so that brick and mortar retailers will no longer be penalized for doing the “right thing” all these years.  As an aside, the states should get an estimated $20 billion in sales tax revenue.

But forget the tax money.  I know I’m relieved to know that Best Buy can, finally, fairly compete with amazon.com.

You thought this had to do with mom and pops?  That’s so 2010…  Advocates of the law rarely mention them anymore.  In fact, some versions of the bill have undergone a name change to “marketplace” fairness instead of main street.  That way they can include the likes of Best Buy who, thanks to showrooming, claim they’re losing sales or can’t hire as many local people.  And they can scare you with the loss of community services and jobs that result from the state’s lack of necessary funds.  Fired or furloughed police can’t protect you (or shop).

They haven’t just forgotten about the brick and mortar mom and pops.  They’re forgetting about the thousands if not millions mom and pops online.  They sell through eBay, etsy, amazon and their own websites.  The really small ones may get a pass.  In the law’s current version, there’s an exemption for those with less than one million dollars in gross receipts.  But a million dollars in gross sales translates into something like $83K in net revenue, a level they’ll have to maintain to stay clear of the reporting requirements.

If this law was to be truly fair, every brick and mortar store should have the same requirements as their online counter parts.  After all, that’s how the laws are written.  Any out of state buyer who purchases something in one state’s store is supposed to report the sale and pay taxes in the state in which the item is to be used.  But as a matter of course, and convenience, no one has asked brick and mortar retailers to ask for every buyer’s ID – yet.

What’s really at stake here is the definition of nexus, i.e., a physical presence that determines the taxing jurisdiction.  New York State cleverly decided that affiliate marketers – individuals placing ads on their sites for internet retailer products – constituted a physical presence.  Therefore, the internet retailer should collect sales tax in any state where it had affiliates.  Shockingly the state Supreme Court agreed with them.  Emboldened, other states changed their nexus definitions to include affiliates, now commonly referred to as the “Amazon Tax.”

You’d think the states that did this would have seen increased sales tax revenues.  But the increase has been negligible and in some cases resulted in less overall tax revenue.  It wasn’t because state residents didn’t purchase online either.  The loss was attributed to thousands of affiliate marketers and online sellers who relied on the affiliate income paying taxes on less revenue – or who shut down entirely.

While states will surely gain from taxing the likes of amazon and Overstock, those online mom and pops have few choices.  They can stop selling to people outside their home state or shuttle their online operations.  Or they can pay the fees for to tax reporting services that eat into the bottom line.  Make no mistake, though.  There will be a the loss of state income tax revenue from all these crippled or defunct virtual mom and pops.

Wow.  Not about fairness, Main Street and maybe even revenue.  But at least they’ll have the new nexus definition.  Eventually any businesses deriving revenue from another state may have to pay state income tax too.  You could even build a case that nationally displayed ads create a nexus. After all, the ads are sales representatives for some company’s goods or services.

I can’t decide what makes me angrier. Even with proof that the Amazon Tax failed to produce the cash states wanted so badly, they still haven’t learned the effects of policies based solely on greed.  Or how they cloaked the true intent as a fairness issue and used mom and pops as their front men.  Or the havoc a virtual nexus will create.

What’s truly sad is how the internet is turning into a place where only the large can succeed – and where the little guy is only allowed to go so far.  It was supposed to be the great equalizer.

« CRE Museum of Technology – The PikeNet Dispatch
What Makes a Salesperson Great? »